Mike and I visited the Color Factory in San Francisco a few weeks ago. Holy photo ops! 😉

It was a fun experience and worth the money (tickets were $35/person), mostly because you get treats along the way. You start the journey walking down rainbow steps. (Pretty sure this is also when Mike realized we were going to be taking way more pictures than he wanted to that evening… must.capture.everything.)

At the bottom of the steps, a Color Factory employee greets you, tells you a few rules and gives you your photo cards that you can scan during your experience to take HD pictures in the rooms. Our first pic is below. 🙂

There’s a Willy-Wonka-feeling smell wall after. I was less than impressed with this but that could have been because THERE WAS SO MUCH COLOR WAITING TO BE EXPLORED. 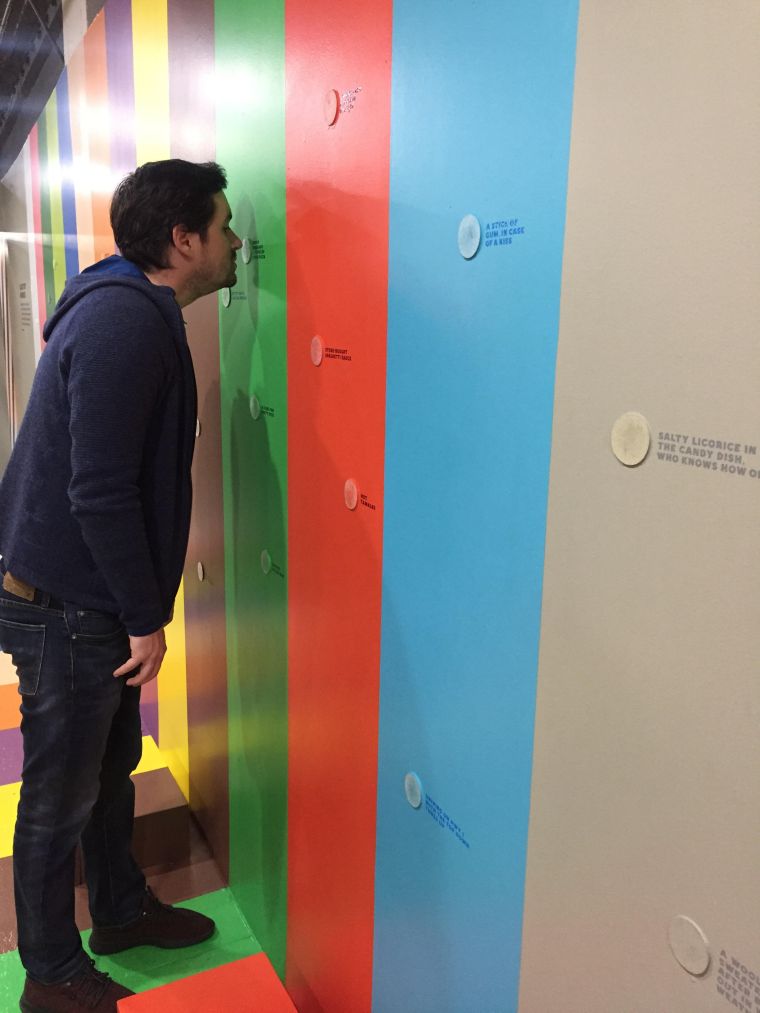 A back and white room was next, complete with charcoal lemonade to sample. 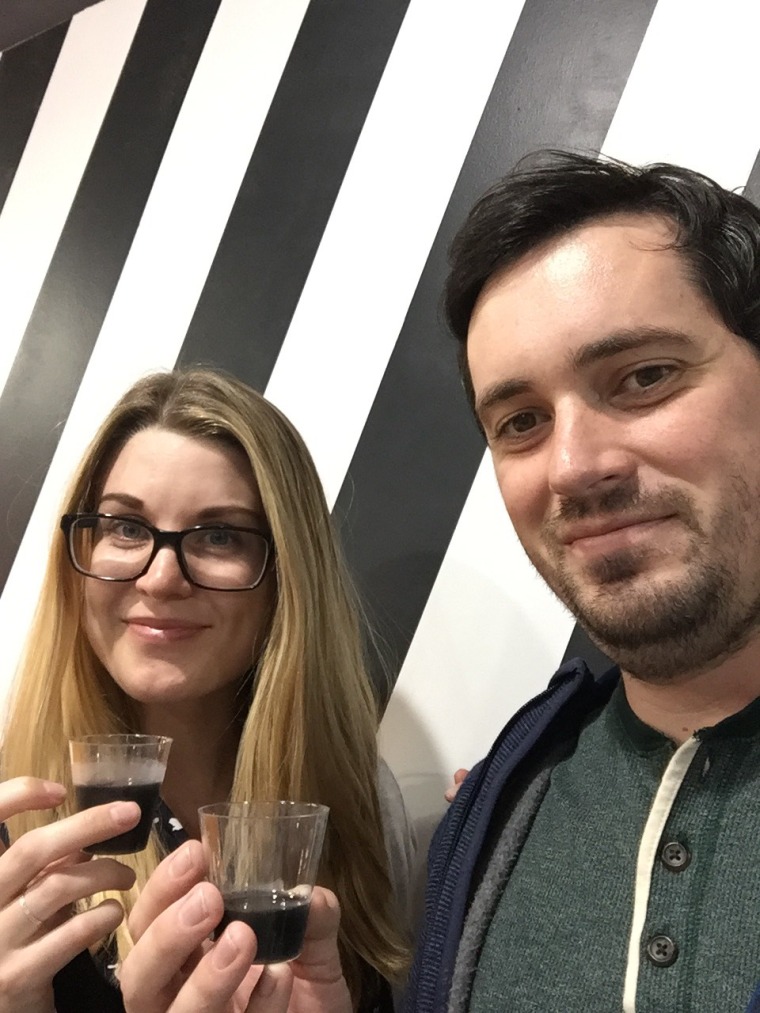 After macaroons and lemonade, was the orange room; a room that was painted orange with an orange couch and orange things on the walls. I think this is something I could have put together but whatever! It warranted a picture nonetheless.

Next was a tiny room filled with balloons. Pretty cool! This was the first room that was more interactive, which I enjoyed.

We ran into a plethora of disco balls after, in a room that was playing old disco hits.

Then, a giant light bright. Sounds super Silicon Valley but I was kinda like, been there, seen that at the Googs…

In typically Mike fashion, he explained the wall to me and the mechanics behind it. Also super Silicon Valley, an engineer fiancé. ❤

We were dumped into a bright white room with 5 foot green markers after. I think this room is better in theory than reality. It turns out, a marker that is as big as you are is hard to use. (Disclaimer: the photo below is staged — I did not have the talent, or the strength, to draw that heart.)

My second favorite was next! 10,000 colored ribbons hanging from the ceiling to walk through. It felt whimsical to be surrounded by all of those ribbons, despite the little kids you couldn’t see in there that were constantly bumping into you. lol

THEN THE BEST ROOM OF ALL TIME.

It was so fun scoping up handfuls of confetti and throwing them up above us. Like, I want a confetti room at my next birthday. 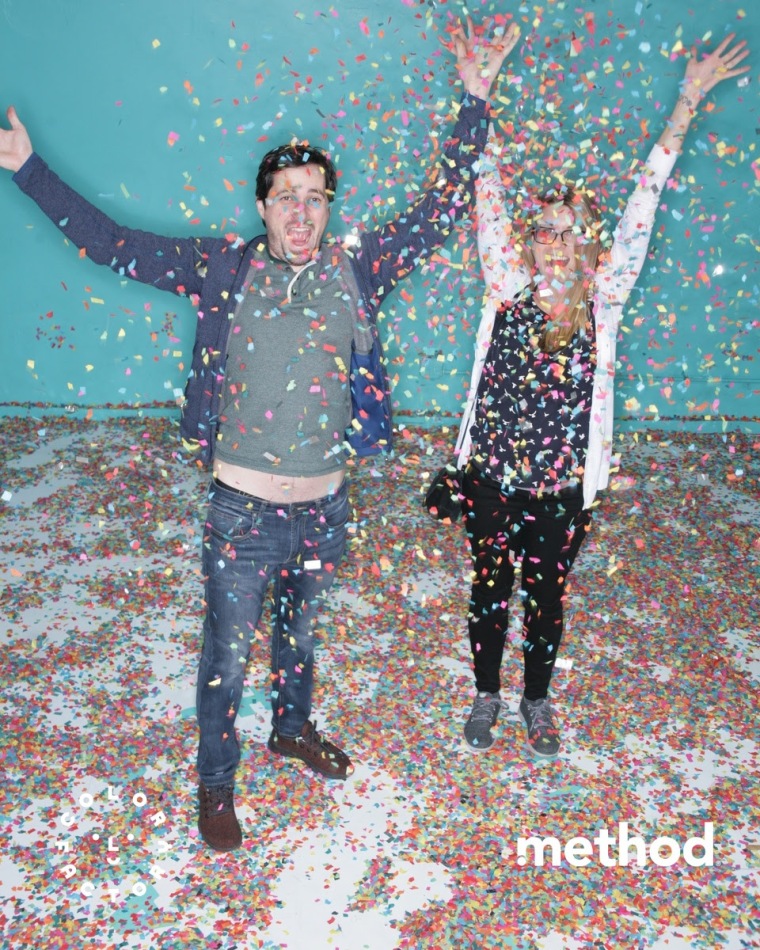 The only downside, confetti everywhere. (I was finding pieces in my purse for days.)

(There was also a “selfie” room, that had a printer spitting out selfies from the internet every second. They were all over the floor, black and white selfies everywhere. And… that was kind of it…?

To be fair, maybe there was some profound artistic message that was lost on me. Idk, either way, no photos of this room.)

The big sha-bang ending was the yellow room/ball pit. Again, I’m already familiar with the ball pit game from my days at Google but this one was massive and had cameras on the ceiling to take pics like these: 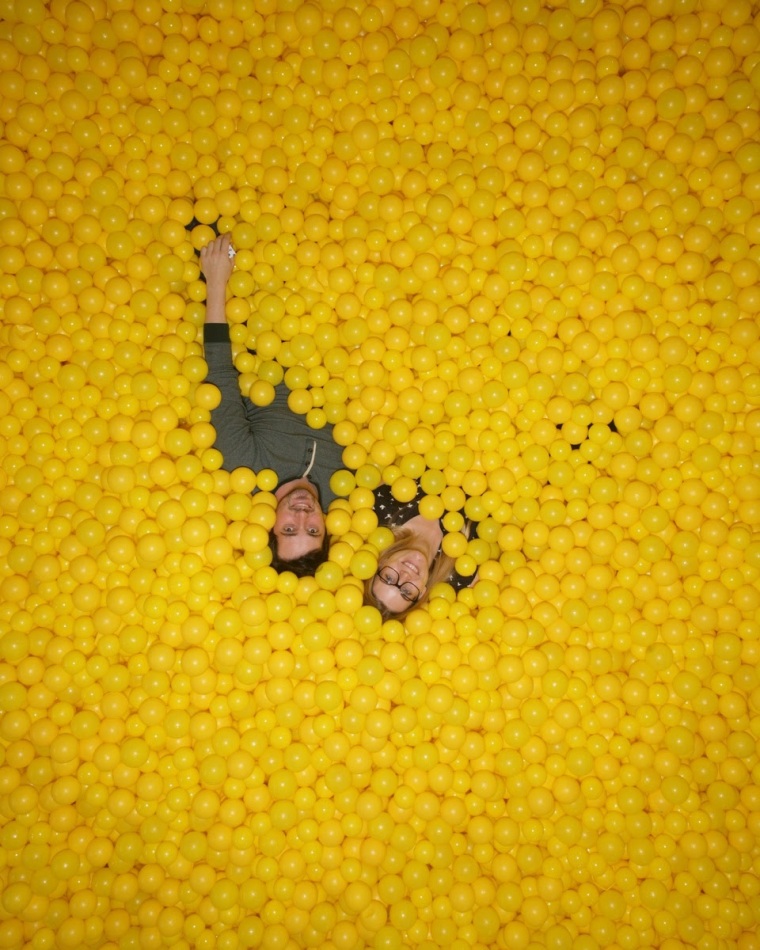 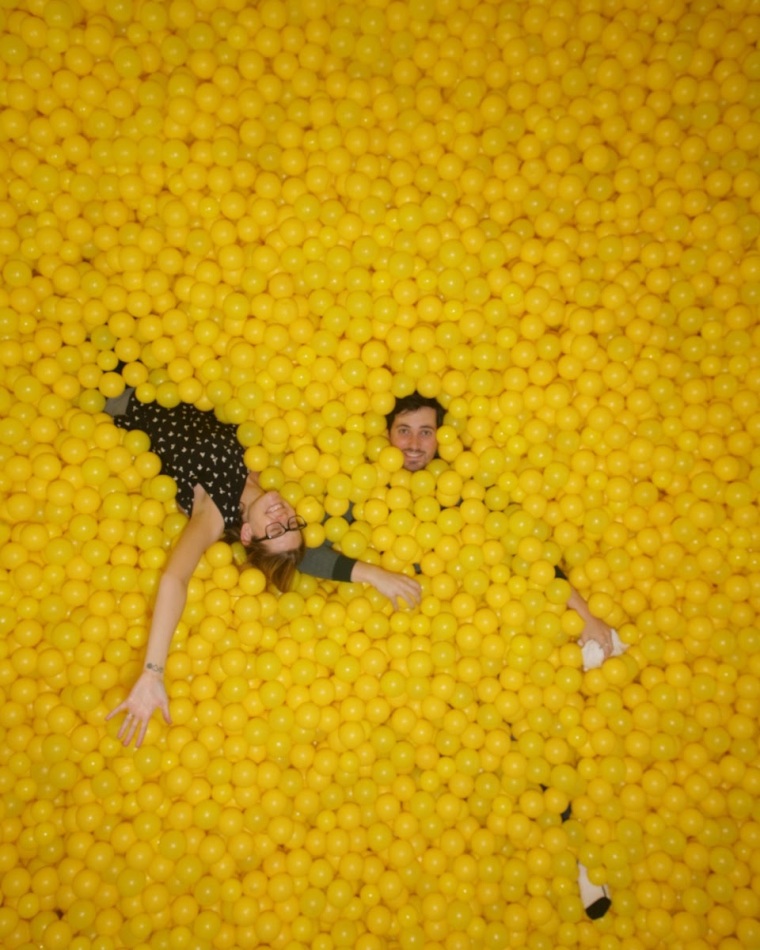 As to be expected, diving into a ball pit is still as fun as it was as a kid. But, hot!

After the ball pit, we got our last treat. An ice cream cone that wasn’t photographed.

Overall, I’m glad we went and recommend going if you can snag tickets! Just be sure your phone is charged. 📸 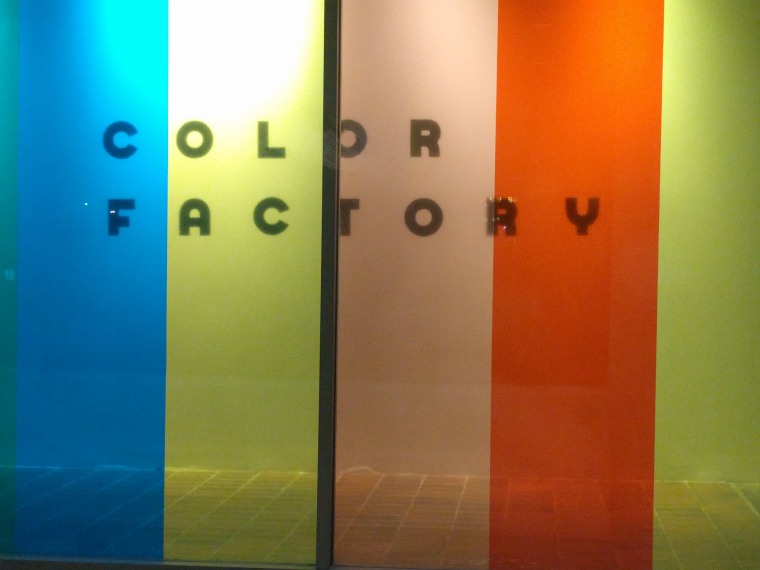